I'm a true classic. It's tough to compete with me as till this date, I still stand as one of the the best examples of the American IPA. As the sequel of the first 'continuously hopped' beer (the 90 Minute Imperial IPA), I am perfected using a groundbreaking brewing technique that Dogfish Head invented back in the 90s.

I have more than 60 hop additions during my 60-minute boil, which gave me a one-of-a-kind, bold, and timeless flavour: sessionable and well-balanced with a pungent, citrusy, and grassy hoppiness without the crushing hop bitterness. I'm like bottled gold for the craft enthusiast, so grab me when you see me!

Since 1995, Dogfish Head has been brewing, crafting, selling and talking beer. Across the US, two words have come to capture their bold and irreverent character: extreme beer. The brewery tends to produce experimental beers, often using non-standard ingredients and innovating new brewing techniques. Today, Dogfish Head is one of America’s most lauded, largest (#13) and well-known craft beer makers, thanks to its quirky creations and bold approaches. 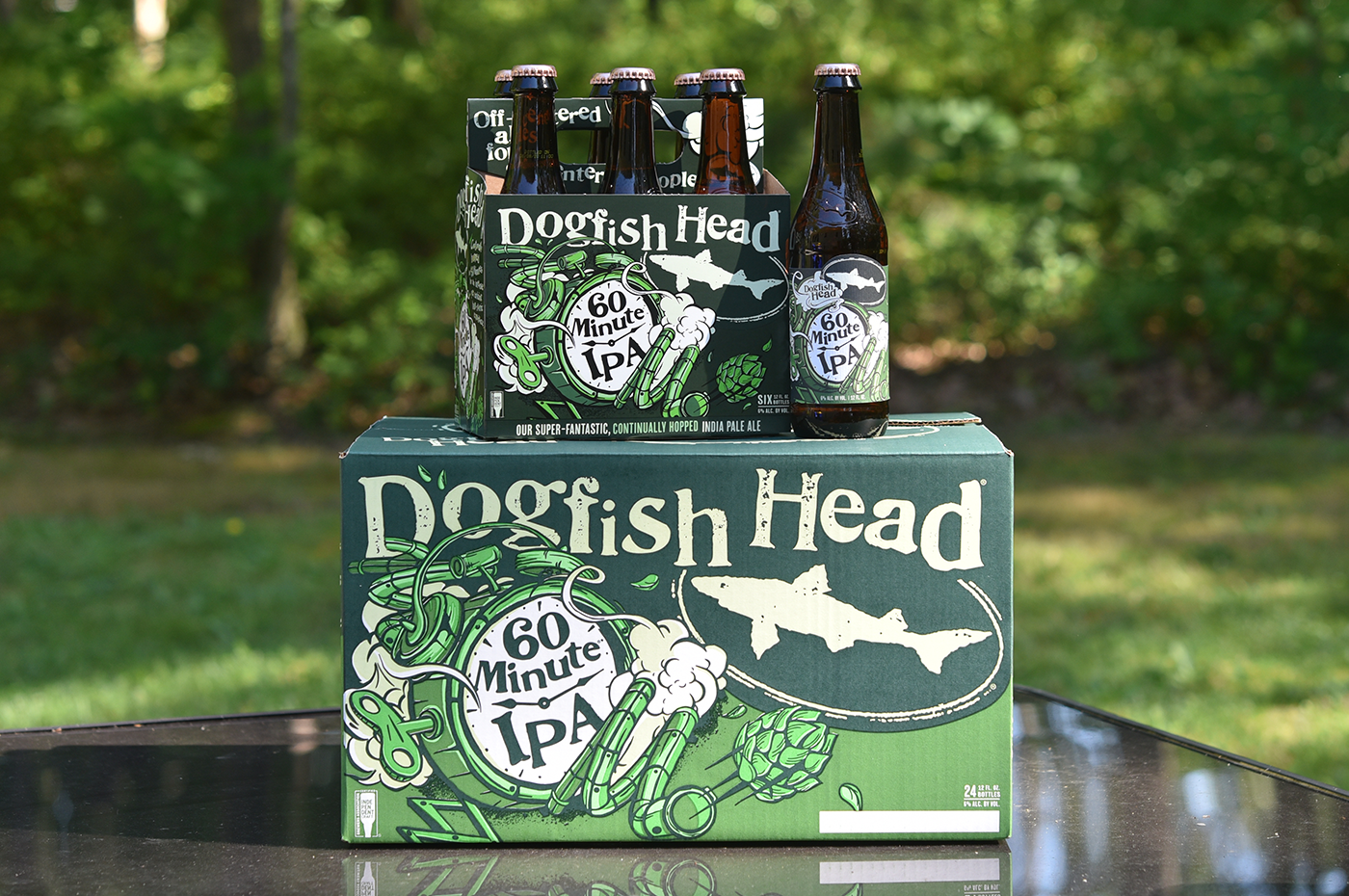